4 Liquor of the Month Clubs to Help Stock Your Bar 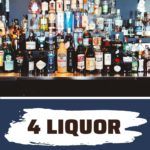 Liquor of the month clubs are the ideal gift for those who are looking to learn more about various spirits. Plus, a liquor of the month subscription is also the perfect way to stock a bar and there are many to choose from.

Regardless of your preferred term, liquor, hard alcohol, or spirits, it all means the same thing. The history of alcohol extends throughout the world and cultures. Because spirits can be fermented and distilled by a variety of foods, each region has its own variation of liquor they created initially, for example:

The Arabs invented a distillation process that they later shared with various European countries, which aided in their liquor production.

Initially, many of the spirits were created from foods with higher sugar content such as grapes or honey. Later, other foods were fermented too, such as grains, with the earliest record going back to the Middle Ages.

Liquor is made from using a fermented beverage such as wine or beer and can be from grains, fruits, or vegetables. After the fermentation process, it is distilled to release the water and to raise the alcohol content of the liquor.

The clubs in this list are all ideal ways to experiment with liquor yourself. We've also included a couple of cocktail clubs too since they're just like a liquor club, but are upgraded to include drink recipes and ingredients.

Liquor of the Month Clubs

Taster's Club was founded by Mack McConnell in 2012, from his cozy bedroom in San Fransisco. It was McConnell's goal to share his love and passion for spirits with the country through a variety of liquor of the month club subscriptions.

Taster's Club continues to offer a variety of single liquor of the month clubs like whiskey, bourbon, or gin. They also have Stock the Bar club. Each month the recipient will receive a 750ml bottle of liquor. Some of the different spirits you will receive include vodka, gin, rum, and tequila.

And the alcohol included in this club isn't your average run of the mill brands. Instead, the company relies on unique hand-crafted spirits sourced from small distilleries from all over the world. Many of the varieties are hard to find or very rare.

Included each month is a Spirits 101 Curriculum card that features information such as:

Flaviar's focus is on spirits of all varieties. They carry everything from the most popular name brands like Jameson, Beefeater, and Johnnie Walker. Still, they prefer promoting craft distilleries and different hard alcohols not frequently found at a restaurant or liquor store.

Their top-notch selection of liquor includes every type of spirit, such as vodka, gin, whiskey, and tequila. But what makes Flaviar stand out is not just their impressive selection, but also the rare liquors they offer.

For example, Flaviar has various liquor clubs that you choose the variety or varieties you want to be included in your deliveries. Flaviar also offers an extensive selection of tasting boxes.

The best way to sample Flaviar's many liquor selections is to join their Tasting Box Club.

After becoming a member you will have the opportunity to take advantage of the many benefits offered by Flaviar, such as:

Each box contains three 1.5-ounce bottles containing premium spirits, enough to be enjoyed by two people. Plus, all memberships have access to online tasting notes, information about that month's liquors, and even details on how to host a tasting party.

The Saloon Box is a subscription company that focuses on mixed cocktails. Founded in 2015 in San Fransisco, CA, they made their first that October. Now almost five years later, they have sold more than 20,000 cocktails all over the US.

What makes Saloon Box stand out, is that instead of offering a wide variety of liquors, they instead focus on sharing fabulous cocktail recipes that include craft artisan spirits. They also have a variety of choices, including multiple monthly clubs as well as one-time gift baskets, which are all available to be purchased with or without the hard alcohol.

However, it is strongly encouraged that you sample the drink recipes with the recommended spirits to experience the full flavor profile of each drink. The club is available in three subscription options: Three months for $158.99, six months for $305.99, and 12 months for $587.99.

Each box contains ingredients for two different cocktails and includes everything you need right down to the garnish. They include enough of each component to create two servings of each of the cocktails.

The great thing about the Saloon Box is that it allows you to try a variety of artisan spirits and a wide range of cocktails. Plus, each box contains:

Crafted Taste is a craft cocktail subscription service. They offer unique cocktail recipes or twists on favorites, plus tips and tricks to make the ultimate drinks. The Crafted Taste boxes are based on drink recipes created by top bartenders around the world.

When you sign up with Crafted Taste, you eliminate the hunt for hard to find high-end ingredients. Also, these subscriptions take out the guesswork when it comes to curating amazing cocktails at home. Plus, the recipient receives a wide array of award-winning alcohols as well as craft ingredients such as unique bitters and handcrafted syrups.

Every Crafted Taste box includes all of the necessary ingredients to make that month's highlighted cocktail from the comfort of home. Included in the box along with the ingredients, is a recipe card, cocktail ideas that use similar ingredients, and recommended food pairings. Shipping is always free.

What makes Crafted Taste's subscription box unique is that each kit includes full-size bottles of alcohol (750 ml) and other ingredients, instead of just samples for two.

This box is perfect for those looking to grow or start stocking their home bar. Plus, because they include full-sized ingredients, it is easier to share with others or even host a Crafted Taste cocktail party.

Subscription options available are month-to-month, or prepay for 1, 3, 6, or 12 months. You can also choose whether you want mixers only, full kits including the liquor, or a premium upgraded kit, where you receive an additional bottle or an upgrade on the alcohol.

Liquor of the Month Clubs by Category

Tequila of the Month Clubs

Tequila, though not the most popular of hard alcohols, this spirit is often overlooked and underrated. We see tequila in shooters or margaritas, but it is a liquor that is so much more than a spring break beverage.

To learn more and experience the complex flavors of tequilas from around the world, check out the top 10 Tequila of the Month Clubs.

Whiskey of the Month Clubs

Whiskey is a diverse and complex spirit. Though it often takes a few attempts to appreciate this alcohol, many people find that they enjoy whiskey up or in a variety of cocktails. For those looking to build their whiskey knowledge and home bar here are two great whiskey of the month clubs worth checking out:

Vodka of the Month Clubs

Whether your preference is white rum or spiced rum, a rum of the month club will help you explore the many rums from all over the world. Some of the rums featured in these clubs include smaller craft distilleries, not often easily found at liquor stores.

Check out the above link to help you choose a rum of the month subscription box.

Bourbon of the Month Clubs

Even bourbon connoisseurs will find the value in a Bourbon of the Month Club. These clubs are the ideal way to try and learn about different bourbons from around the country. And those who are new to bourbon will benefit even more from a bourbon subscription box.

Gin of the Month Clubs

Gin is another underappreciated spirit. However, with a Gin of the Month Club, you can sample a variety of gins, plus learn about new gin cocktails. And if you are already a gin enthusiast, and are looking for different gin cocktail recipes, then you should check out:

Scotch of the Month Clubs